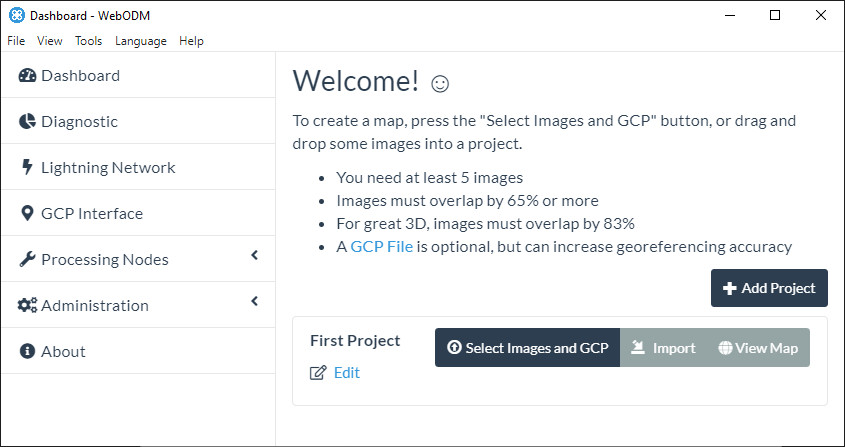 One of the cool things about open source software is that it has a tendency to eventually run everywhere. If you have the source code available and certain constraints allow it, with sufficient time a port can be made to different platforms. This is not always the case with proprietary software, where the vendor decides which platforms to support.

In the beginning, ODM could only run on Ubuntu Linux. Later, we opted to leverage docker, which is an amazing (yet confusing) technology we use to bring many of the OpenDroneMap tools to other platforms such as MacOS and Windows. The docker abstraction allows us to focus on building the software without worrying about the platforms. If you can install docker, you can run OpenDroneMap software. Simple. But not without issues. Especially on Windows, docker has several quirks.

We initially delayed efforts to make a native port to Windows for two main reasons:

Third time is the charm. I’m pleased to announce that starting today, you can run ODM, NodeODM and WebODM entirely natively on Windows. Even without docker. So where/how can you install it?

This was no easy feat. Let me tell you a bit about the challenges we encountered:

On the plus side, we had already proven last year that the user interface could work natively on Windows:

So all that remained was to get the ODM and NodeODM components to work too.

So there you have it: Windows native WebODM.

What does this mean for docker? Nothing. Docker is and will continue to remain a core part of our toolset and deployment mechanism. This is simply another way to run WebODM that we hope you will enjoy.