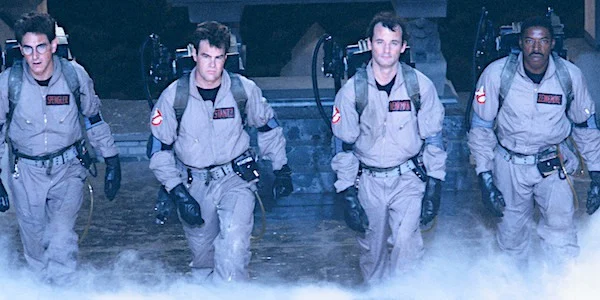 If there’s something strange, in your multispectral dataset, who you gonna call?

Whenever ghosting occurs, the problem is related to band alignment. In multispectral datasets, sensors such as the Sentera 6x, take multiple pictures at once using different cameras, each capable of capturing a different part of the light spectrum. This enables us to have images for various bands such as red, green, blue and near infrared. The images however are not perfectly aligned, due to the relative position of the cameras and slightly different lens distortion.

ODM now includes state-of-the-art automatic band alignment using a hybrid approach of feature-based and Enhanced Correlation Coefficient (ECC) maximization alignment, which is capable of estimating the alignment parameters from a sample computed on a subset of the input images and applied to the entire reconstruction.

After alignment, things start to look much better!

After aligning the bands, we simply make sure that our orthophoto / texturing generation process uses the sections of one band consistently with all the others, and the ghosts are officially… busted!

If you’ve used OpenDroneMap in the past to process multispectral datasets and you’ve been less-than-enthusiast about the results… it’s time to give it another shot!

We’ve also gotten a lot faster at processing these datasets too, courtesy of the awesome team at Mapillary which introduced more efficient multi-threading and a change in how we process multispectral datasets, which now require ~1/3 of the time compared to before. That’s a lot faster!

ODM is now also capable of generating Entwine Point Cloud (EPT) point clouds more quickly and with less memory usage, thanks to the awesome team at Hobu and their new Untwine software.

Starting from ODM 2.3.0, NodeODM 2.1.0 and WebODM 1.6.0, all three projects join the family of free software projects (which already included ClusterODM) that use the AGPL license.

This move is designed to continue guaranteeing the software freedom of our users in a world of ever-increasing cloud services. Despite some questionable claims of the otherwise, by certain large organizations, AGPL is an excellent license for an open source project such as OpenDroneMap (as this humorous blog post by Drew DeVault explains). This choice will continue to help OpenDroneMap be as open and inclusive as it possibly can.