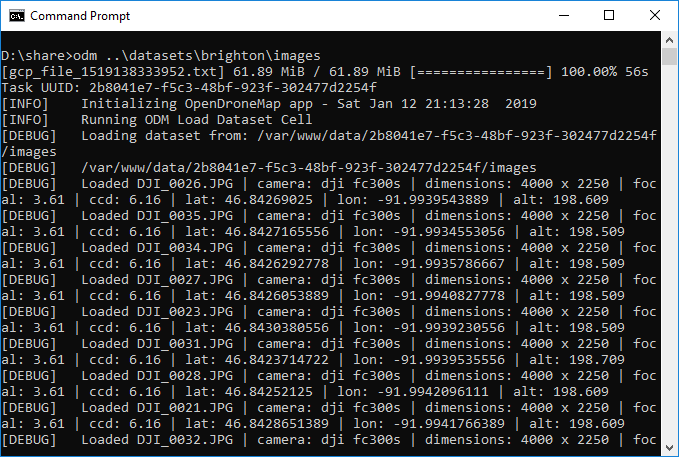 2019 is off to a great start for OpenDroneMap. We are announcing the releases of two open source projects, CloudODM and PyODM. Let’s explore each.

Photogrammetry is a memory intensive process. Not all computers are equipped with large amounts of RAM or powerful CPUs. And of course, we’d like ODM’s capabilities to be available on as many platforms and machines as possible. CloudODM is a command line tool to process aerial imagery in the cloud via NodeODM‘s API. Small, native clients are available for all major platforms including Windows, Mac and Linux. Perhaps you have installed NodeODM on one of your powerful machines at home, but you have a less powerful laptop that you use for your daily work. Now you can invoke odm commands from the less powerful computer and let CloudODM handle the rest. Scripting and automation anyone?

Speaking of scripting, we couldn’t just release a command line client without having a proper library for doing the same. PyODM is a Python library that speaks the NodeODM API and allows developers to implement image processing capabilities in 5 lines of code!

We want to take a moment to thank our community of users. Your feedback has been and continues to be invaluable for the growth of the project. It’s knowing that there are thousands of you out there using the software daily that motives us to continue working. So thank you!

If you haven’t yet, keep the feedback coming and let us know what you would like to see next.